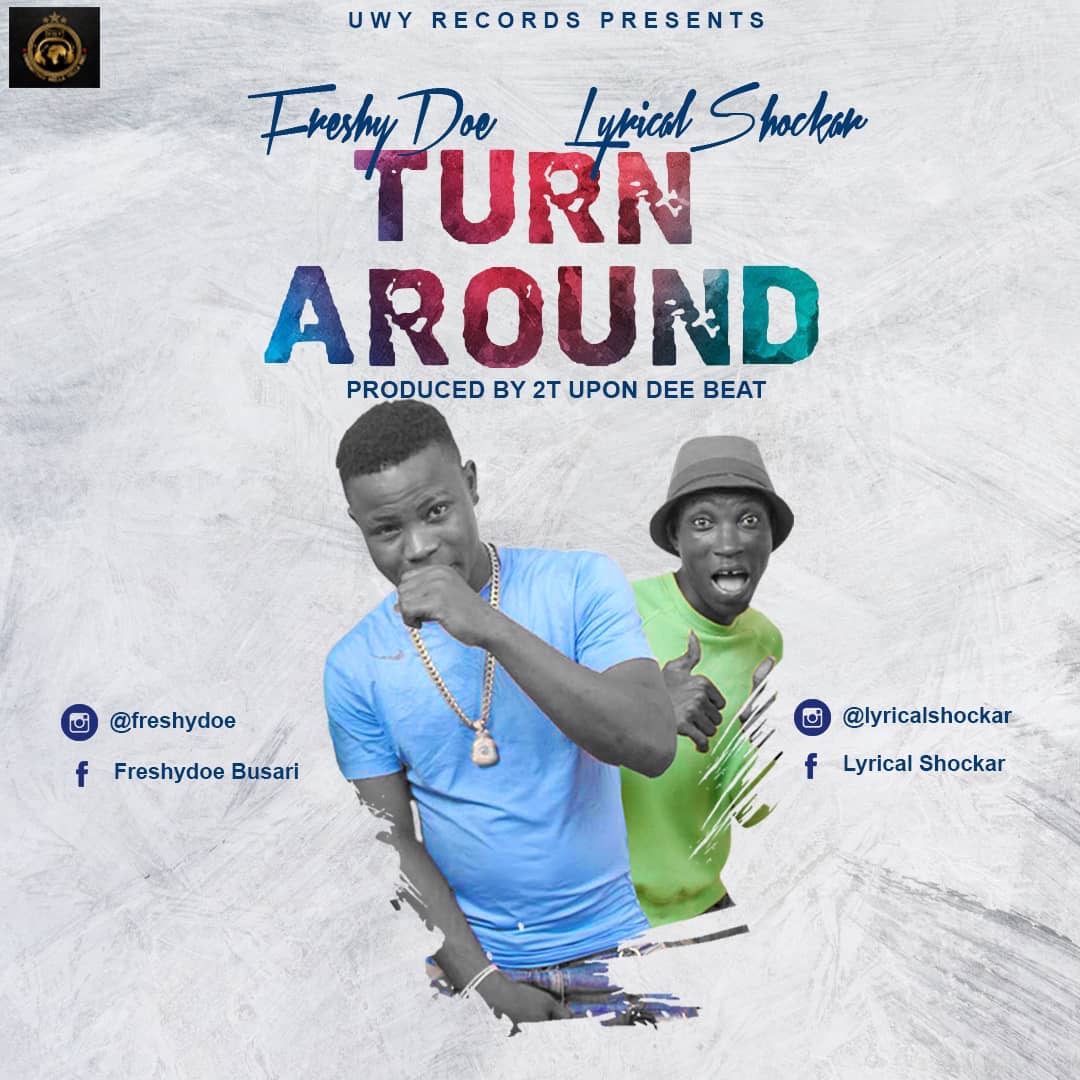 UWY Records CEO Oluwasegun Habeeb David Busari A.k.a Freshydoe teams up with label mate Lyrical Shockar on the new jam titled TURN AROUND
Turn around cometh after the successful release of his last single MY LIFE which was massively received by his fans
Prod. By 2T Upon DeeBeat
DOWNLOAD TURN AROUND MP3
DOWNLOAD THE IN SIGHT CREATIVITY VIDEO OF TURN AROUND
YOU CAN EASILY SHARE & HELP PROMOTE TURN AROUND BY DOWNLOADING AND UPLOADING THE VIDEO TO YOUR INSTAGRAM, TWITTER $ WHATSAPP
U TAG CELEBRITIES
Instagram: @freshydoe
Facebook: @uwyrecords
Post Views: 164

About Naijamp3baze 7222 Articles
Adewusi Blessing Gbenga, his the Co-founder of Naijamp3baze A web devloper and also a Music Producer/Video editor. he was born in December 22nd/1999. he's a student of osun state polytechnic Esaoke.

MUSIC: Flexy J – Made In Nigeria